About homeopathy and PMS 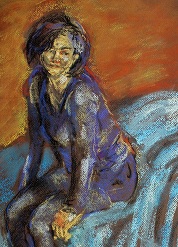 PMS/PMDD
Premenstrual symptoms are physical or mental symptoms that always appear in the days before the onset of menses and that disappear after the start of the periods. Most women in the fertile age (the phase in life when they have menstrual periods) experience premenstrual complaints from time to time. Some women are not bothered very much by these symptoms, but more often they suffer, together with their family. When there are serious symptoms, PreMenstrual Syndrome is diagnosed (PMS), when depressive symptoms predominate it is called Premenstrual Dysphoric Disorder (PMDD).

About homeopathy
Homeopathy is a natural and scientific medical method for healing. Its founder was Samual Hahnemann, a medical doctor and chemist. In the second half of the eighteenth century he discovered an important natural law: a substance that causes symptoms in healthy persons could also cure the same symptoms in someone who is ill. This is the basic principle of homeopathy. For further reading see the website of the European Committee for Homeopathy.